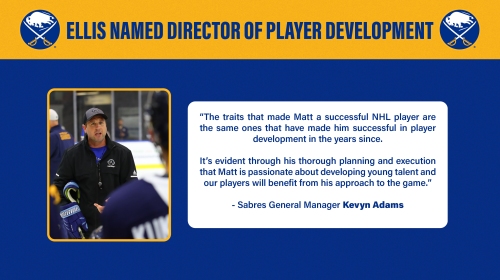 “The traits that made Matt a successful NHL player are the same ones that have made him successful in player development in the years since.

It’s evident through his thorough planning and execution that Matt is passionate about developing young talent and our players will benefit from his approach to the game.”

This entry was posted in News Release and tagged Matt Ellis. Bookmark the permalink.