The Buffalo Sabres have agreed to terms with defenseman Mattias Samuelsson on a three-year, entry-level contract. 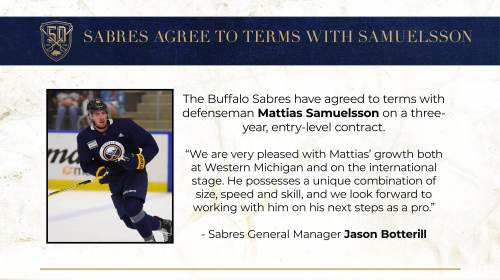 “We are very pleased with Mattias’ growth both at Western Michigan and on the international stage. He possesses a unique combination of size, speed and skill, and we look forward to working with him on his next steps as a pro.” 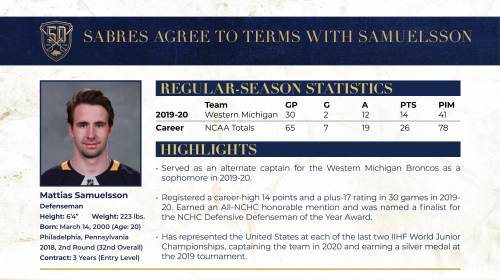 This entry was posted in News Release and tagged Mattias Samuelsson. Bookmark the permalink.